News and Events under PPRP

Visit of SRSO-Board of Directors (BoD) in Thatta

Launching Ceremony of PPRP in Sukkur and Ghotki Districts

The Sindh government has extended financial support to the rural support programmes (RSPs) for rural people to enable them to articulate their aspirations and to effectively marshal the resources they need to meet their identified needs. SRSO has economically strengthened 1.3 million families and provided interest free loan to more than 200,000 women and established 23,000 houses besides providing them opportunities for skill development.

Chief Minister Syed Murad Ali Shah said that poverty alleviation programme had been approved by [then prime minister] Ms. Benazir Bhutto and launched by [then Sindh chief minister] Syed Qaim Ali Shah. Now it was being extended to eight more districts. With the required funding expected to be received this programme would be extended to all districts of the province 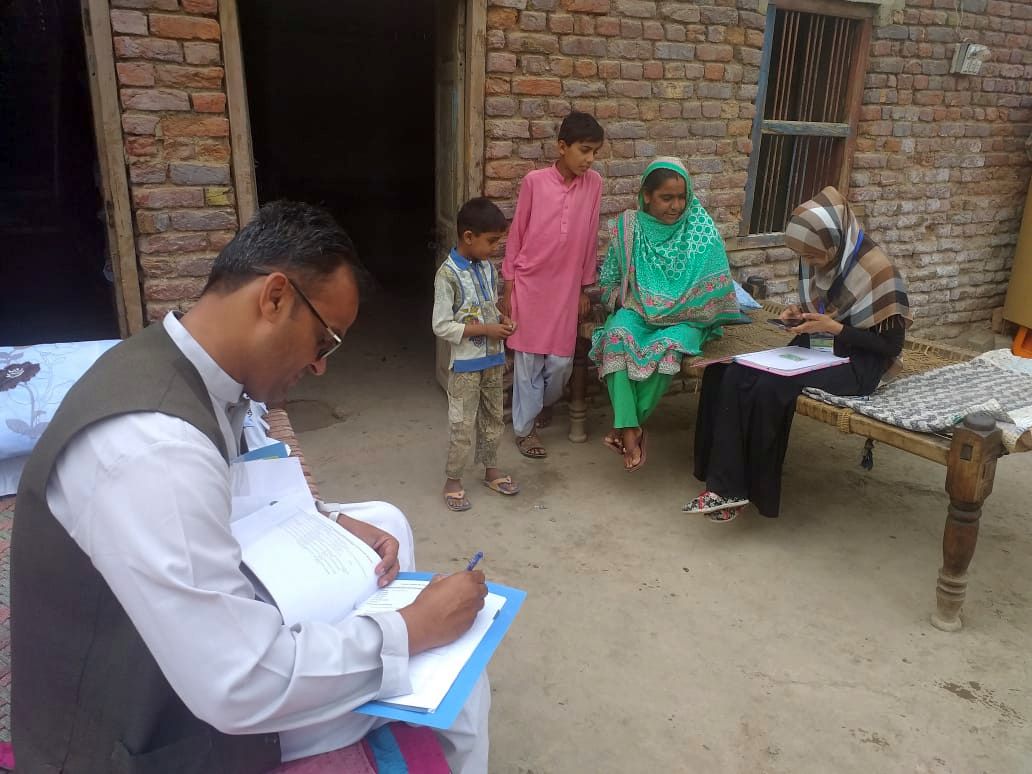 As part of the social mobilisation process, the SRSO has adopted the Poverty Score Card (PSC) tool for identifying the poor and to discern the poverty score of each beneficiary household. SRSO is conducting PSC survey in rural UCs of Sukkur and Ghotki districts under the Peoples' Poverty Reduction Program (PPRP) funded by the Government of Sindh. 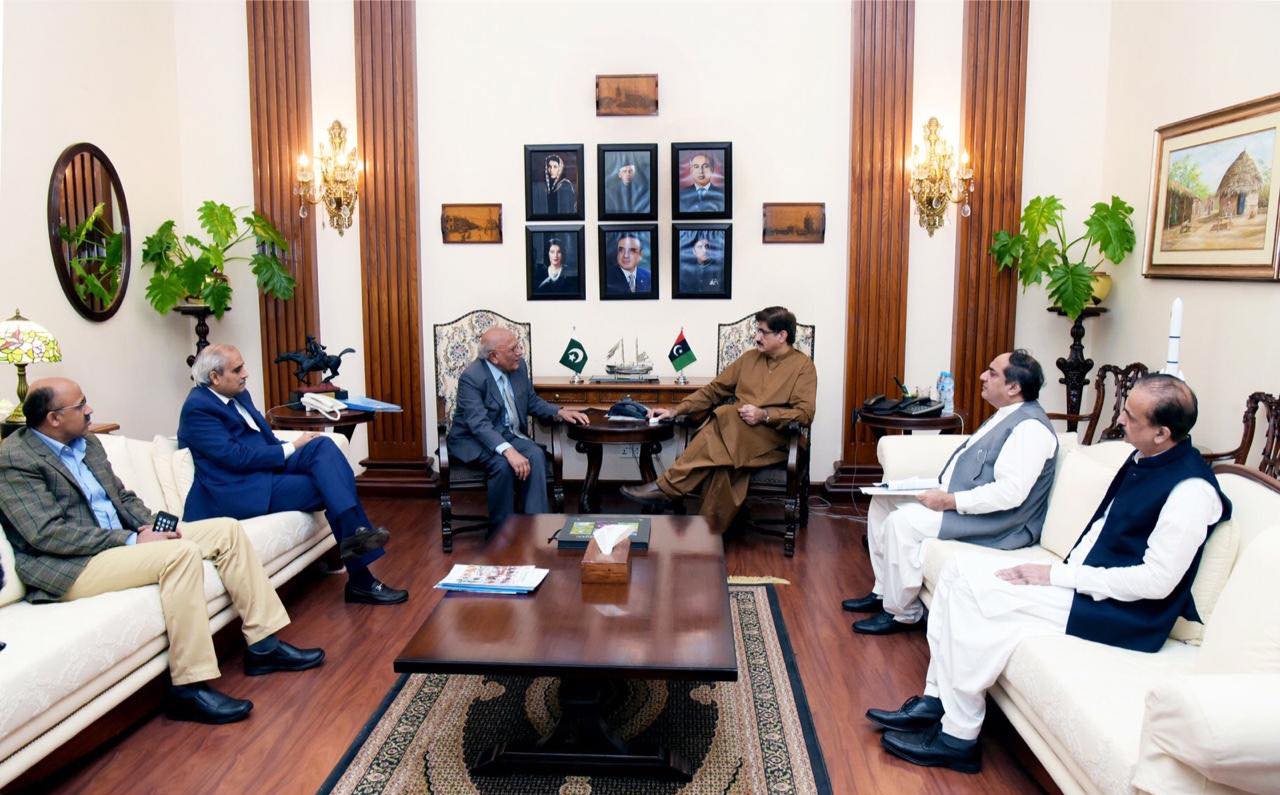 The Sindh government approved on Friday provision of funds worth Rs4 billion for a poverty reduction programme which was initiated in the province on a pilot-basis nine years ago. According to officials, this intervention will cover Umerkot, Sanghar, Mirpurkhas, Khairpur, Badin and Thatta districts. The Sindh government has already declared these areas ‘calamity-hit’ due to low rainfall in the outgoing monsoon season.
The funds were approved during a meeting chaired by Chief Minister Murad Ali Shah at the Chief Minister House. Officials in the Sindh government said that six districts have been selected in the first phase of the programme while it will be replicated in around 16 districts with a total investment of Rs14.2 billion. “This decision has been taken in light of the PPP [Pakistan Peoples Party] manifesto. It [aims to] develop a good impact in the rural areas,” the CM said.
The meeting was attended by Planning and Development Chairperson Mohammad Waseem, Principal Secretary to the CM Sajjid Jamal Abro, Sindh Rural Support Organisation Chairperson (SRSO) Shoaib Sultan Khan, SRSO Chief Executive Officer Dittal Kalhoro and other concerned officers.
The chief minister said that the provincial government has already launched the Rs3.36 billion Union Council Based Poverty Reduction Progrmme (UCBPRP) with specific objectives to reduce poverty and improve the quality of life of the poor and marginalised communities through social mobilisation, capacity development, asset creation and income generation.
He said that the programme was a symbol of the performance of the provincial government in service delivery to the poorest rural population through social mobilisation. It aims to empower the local communities by socially and economically enabling them to improve their livelihood and increase their earnings through the Income Generating Grants (IGG) and a community fund giving interest-free loans.
Shah termed the programme as unique. According to him, it has focused on women empowerment and livelihood of the poorest households, identified through a scientific survey.
“This not only gives them the confidence in their ability and direct exposure to the market, but also enables them to become economically independent,” he said.
The chief minister said that the programme not only focuses on social sector improvement by addressing the indicators of health, poverty, environment, social security, shelter, employment and basic livelihood, but also helps achieve the objectives and targets of universally-accepted Sustaiable Development Goals — of which Pakistan is a signatory.
Initially launched in only two districts - Shikapur and Kashmore - on a pilot basis in 2009 for a period of 30 months, the programme achieved its desired objectives of organising households into a community and providing rural communities a common platform to discuss and resolve socio-economic issues.
Realising the importance of mobilising communities for collective action and for sustained reduction in poverty, the programme was further extended to two more districts — Jacobabad and Tharparkar — in 2010 with an allocation of more than Rs2 billion.
Waseem, briefing the meeting about the UCBPRP, said that it achieved great success in these four districts. It included coverage of 175 union councils, organistions of 343,084 households at community and village level and distribution of income generation grants and interest-free loans to 10,043 and 112,406 households respectively.
He said that under the programme, 9,072 low cost housing units were provided to shelter-less households, 1,124 households were supplied water, 34,211 persons were imparted vocational training, 114,328 households were provided protection of micro-health insurance plan, 195 schools were made functional and 43 small villages were rehabilitated.
Waseem said that considering the success of the programme, the project is being expanded to another six districts. This scheme is being implemented through SRSO. 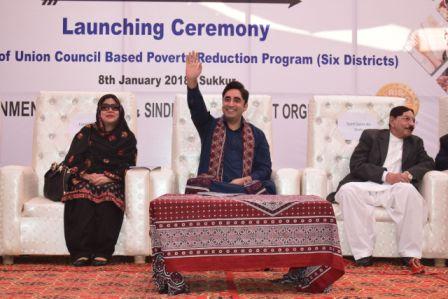 Launching ceremony of the People's Poverty Reduction Programme was held on Monday 08 January 2018 in Sukkur. SRSO is implementing the Union Council Based Poverty Reduction Program in 9 districts of the Sindh Province with the financial support of the Govt. of Sindh. The Sindh government has extended financial support to the rural support programmes (RSPs) for rural people to enable them to articulate their aspirations and to effectively marshal the resources they need to meet their identified needs.

Chief Minister Syed Murad Ali Shah said that poverty alleviation programme had been approved by [then prime minister] Benazir Bhutto and launched by [then Sindh chief minister] Syed Qaim Ali Shah. Now it was being extended to eight more districts. With the required funding expected to be received from the European Union next year, this programme would be extended to all districts of the province.

Pakistan Peoples Party (PPP) chairman Mr. Bilawal Zardari said on the occasion , the PPP believed that NGOs including charity and public welfare organisations were carrying out a commendable job by looking after people at grass roots level and in urban as well as far off rural areas of the country. Their public welfare programmes greatly benefited the needy, destitute and other deserving people, he observed, and said such programmes were essentially required to ensure a continued impro­ve­ment in the standard of life in this country. He said that his party always worked with NGOs and social organisations because public-private partnership was beneficial to masses and helped bring about prosperity in society. It also created employment and business opportunities, he added. He appreciated the SRSO and Sindh Chief Minister Syed Murad Ali Shah for their efforts in this regard and noted that by extending financial and administrative support to the SRSO to implement the programme, the Sindh government discharged its duty of alleviating poverty at UC level. Mr Bhutto-Zardari told the audience that the programme was launched in 2009 to initially cover around a few thousand deserving families in the UCs of four selected districts. “I am informed that by 2016, more than 600,000 families living in 395 UCs of 52 talukas in 11 districts were benefiting from the programme,” he said. Appreciating the progress, the PPP chairman expressed his confidence that within the next five years, the coverage would touch the figure of 1.1 million families. He said the PPP and Sindh government had resolved to alleviate poverty from across the province for which several other programmes, projects and schemes were also in progress. He stressed the need for women empowerment at all levels. He noted that the PPP and Sindh government arranged for interest-free loans extended to womenfolk to enable them to run their own ventures in different trades like livestock, tailoring, embroidery etc. “It’s heartening to see that 97 per cent of the women paid off their loans while running their businesses,” he said. Mr Bhutto-Zardari highlighted the role of his mother, Benazir Bhutto, in public welfare activities and women empowerment throughout her life, and said that being the first woman prime minister of the Muslim World, his mother did her best for the self-respect of womenfolk in Pakistani society. “A dictator in collusion with terrorists snatched my mother from me and the people of Pakistan lost a great politician,” he said, adding: “But I regard every mother as my mother and have same the respect for each of them”. He held out the assurance that the Benazir Income Support Programme (BISP), as well as all other such PPP initiatives, would be extended more vigorously to the people across the country after the PPP would return to Centre in the next election. He said PPP would continue to support any institution which came forward with the cause of empowering women of the low-income group. He hoped that the SRSO programme would reach each and every district of Sindh. “By making joint efforts, we and you can eliminate poverty from society,” he said, and pointed to former chief minister Syed Qaim Ali Shah to say that he was the man who had implemented the SRSO programme in 2009 to alleviate poverty and empower women, specially the rural ones.

PPP women wing president MNA Ms. Faryal Talpur, speaking to the audience, said that those who were talking of a “change” should realise that the real change was bringing about prosperity and ensure massive development in the country۔

Speaking at the occasion, the Chairman – SRSO (Mr. Shoaib Sultan Khan) was most grateful to Syed Nasir Hussain Shah for arranging the visit of Chairman – PPP (Mr. Bilawal Bhutto Zardari and also inviting other dignitaries of the area where SRSO works. He was happy to meet the third generation of Bhutto family. Mr. Shoaib Sultan briefly illustrated the incorporation of SRSO. He informed about his efforts in convincing the Govt. of Sindh through the then Chief Minister Syed Qaim Ali Shah, back in 2009, for the approval of UC based poverty reduction program in Shikarpur, Kashmore-Kandhkot & Jacobabad. He further added that upon acknowledging the results of the said program, the EU offered funding for implementing the same in eight more districts of Sindh in 2016. The same program was further replicated in another six districts in 2017 by the Govt. of Sindh. He also thanked all those who facilitated at every step including the Chairman P&D Mr. Muhammad Wasim and the Secretaries. He lauded the tremendous support of Sindh Government for approving the poverty reduction program for the Province. He also acknowledged the efforts and dedication of staff for making it a success. He was happy to see how these poor rural Sindhi women got organized actively and very positively responded to these programs. Mr. Shoaib Sultan Khan further requested the Government to approve the remaining districts for UCBPRP. His request was recognized by the CM – Sindh Syed Murad Ali Shah who in his speech announced to implement the same program in the remaining districts of Sindh, during the current year. The guests were greatly delighted to see these organized women, inspired and appreciated their work..

Watch Video of the Event

Photo Album of the Event